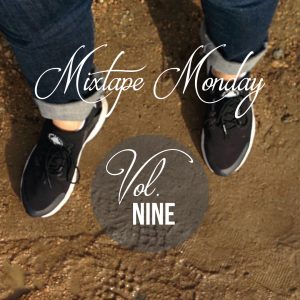 That computer brightness a little too lit? Mine is. Take it down a few degrees with Mixtape Monday Vol. 9. Words of wisdom are busting at the seams. Let’s see what we have:
-“Don’t be the boy that spits on girls. Everybody hates that guy.” – Amy Shark, ‘Spits on Girls’
-Previously featured on Overheard.xyz, “Follow my lead cause I’ve been here before. We’re close as family, and I won’t steer you wrong.” – Tokimonsta
-“Now that I’m alone, you can’t touch me.” – ‘Bones’ by Cash+David

And what is a contender for my song of the year, and the only reason it won’t take it is because it’s a selfish prose when bigger thing happened, but. ‘Game’ by Mating Ritual. This is one of those that I actually listened to one too many times and then had to seriously put it on the shelf for a while.

But, “I’m losing the game to all the younger kids, but I won’t let them fuck with me or what I want.” It’s actually one of those that there are so many Overheard quality eavesdroppings, it’s legitimately impossible to choose.

Adding, “Sometimes it’s easy to lose when you thought you would win.”